The shaman from Jerusalem, a musical explorer traveling between genres and universes, creating an original musical language. A journey into the Jerusalem underground unique sound, a fusion of electronic sounds: Bass, Techno, Hip-Hop and absurdist beats and the raw rhythms of tribal Middle-Eastern and North-African music. 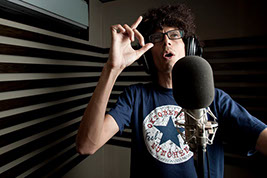 Tropikal camel is a project by veteran musician Roi Assayag (AKA Rocky B), a dedicated producer and performer, active since 2000 and having released 13 albums that has received positive critics in media including the Guardian and the Wire.

The Tropikal Camel sound is a Zen point, a delicate balance between tradition and future. Powerful and clubby, funny and serious, dramatic and meditative, aggressive and soft. It is a music of conflict and contradictions, of chaos and harmony.