Anton Mobin is musician and improvisor. Since 2008 he builds and develops his own electro-acoustic instruments. He calls them 'Prepared Chambers'.

Mobin: "The instrument was born in the evolution of my instrumental practice in a constant need to redefine my installation by moving from a table-object to an instrument with definite forms. The 'prepared chamber' takes shape in a large wooden box with a resonance table in which numerous daily objects, springs and strings are organized and amplified by three home-made magnetic pickups and two piezzo-electric contact microphones."

The third version of this 'Prepared Chamber' has been rewarded in 2016 at Hugh Davies Project Residency and presents significant changes and new technical characteristics in terms of ergonomic and construction method to make it evolve to more details and refinement with a much better sound quality". 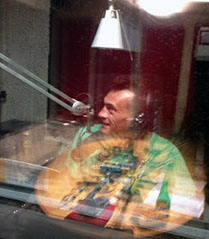 In 2016, he founded the micro-label Middle Eight Recordings.

Anton focuses a large part of his activities being educator by transmitting the D.I.Y. principles and show the stakes of experimental instrument-building to the youngest both lectures at university in France and Great Britain and during school-based workshops and residencies in France since 2015.